Aug 26, 2021
How Brooklyn Pasta Lab Delivers a Taste of Italy

Michael Pini’s love of good food dates back to Sundays growing up in his Italian American home. “We would wake up and the whole house would smell like fresh tomato sauce,” said Michael, now a professional chef and owner of Brooklyn Pasta Lab. “It brought everybody together.”

Since childhood, Michael wanted to be in the heart of the culinary action. He’d often stand on a step stool at the elbows of his grandmother and mother, intently watching over simmering pots. “I was in the kitchen with them from a very young age, doing all sorts of things,” he said.

The aroma at the Pini household on Sundays was a mouthwatering blend of pork ribs, braised meats, meatballs, sauce and of course, homemade pasta – all culminating in an early afternoon family meal that stretched for hours. It wasn’t just about the food – it was about Michael connecting with the people he loved most. At the Pini family table, there was no shortage of lively conversation and laughter.

Decades later—just a few years ago—a defining trip to Bologna with his wife deepened Michael’s connection to Italian cuisine in a new way. He found the northern Italian city, which is steeped in tradition and rich culture, to be a food lovers’ paradise. “If you want to explore pasta, that's definitely the place to go,” Michael said. Throughout the city there were “laboratorios”—food workshops or labs—where experts would create fresh pastas using simple ingredients and traditional techniques and tools, such as a large Italian rolling pin called a mattarello.

“Every day they would make fresh pasta and then bring it to the salumeria [a deli], where they would sell different types of cured meats, cheese, and things like that,” Michael recalled. He and his wife would make their selections and cook in their Bologna apartment, a time they look back on fondly.

After that first trip, Michael returned to Bologna again for a whole summer to work in a pasta lab. It may have been years and an ocean away from his childhood home, but he was back to working shoulder-to-shoulder with Italian masters, learning the tricks and tools of perfect pasta. “That was a really, really important time for me. Every time I make pasta, I think about that [trip],” he said.

Though making pasta and other Italian food is Michael’s full-time gig, it didn’t start out that way. Early in his culinary career, he spent more than a decade in some of New York’s most notable restaurants.

He created Brooklyn Pasta Lab as a side hustle shortly after returning home to New York from his time in Bologna. Eager to recreate the laboratorio experience and show others what he’d learned, he experimented in his own kitchen with the techniques he picked up in Italy. Eventually, he started creating meal kits for friends and family filled with fresh pasta and traditional sauce pairings, sharing a taste of what he’d experienced in Bologna with people closer to home.

Creating a pasta business was a no-brainer for Michael. “For me, it just makes sense,” he said. “I can talk to my parents, my grandparents about the food I'm making every day and they'll really understand it.” Now, he and his grandmother cook for each other regularly (though she still thinks he has some catching up to do). Michael and his grandmother working at Brooklyn Pasta Lab.

When the pandemic struck New York in early 2020 and the Brooklyn restaurant Michael was working in closed, it was time for Brooklyn Pasta Lab to become more than a passion project. With encouragement from his wife, he devoted his energy to scaling up Brooklyn Pasta Lab, offering more people the opportunity to experience fresh, quality Italian cooking right at home at a time when restaurants were closed.

After some initial start-up trial and error, the couple released a menu for Mother’s Day 2020 and the business quickly took off. Customer demand led Michael to expand the menu to include focaccia, desserts, and meatballs.

It has all been a way to connect customers to the joys of food and their loved ones, too. “We get people ordering from us for birthdays or for their regular Tuesday night dinner, or [to] celebrate Friday,” Michael said. “We're really just trying to bring that Sunday meal to you most of the days of the week.” Michael boxes up freshly made pasta for a delivery.

To build those connections seamlessly and safely, Michael turned to Venmo as a payment solution. “When I thought of how we were going to accept payments, I automatically thought of Venmo because that was something that I would use with my friends,” he said.

Like Michael, many of his customers were already familiar with using Venmo. Most importantly, Venmo’s QR codes helped Michael and his team safely complete quick, contactless deliveries. “When the pandemic started, nobody was wanting to be in contact with anybody,” he said.

Roughly 90% of Brooklyn Pasta Lab’s payments now come through Venmo, with the remainder in cash. While the mobile payment app tends to attract younger, millennial customers, the business is also seeing a rise in Venmo payments across all age groups.

Along with delivering freshly made foods, the business has also been hosting virtual cooking events for people who want to stay connected and learn the art of making pasta. Michael got the idea to create these experiences after a friend requested it. “They were doing a big party for their company, and they wanted to kind of bring everybody together during the pandemic,” he said. “It was super cool cooking with almost a hundred people over video chat and then all enjoying dinner together.”

Michael is maintaining the momentum by using Venmo business profiles, which help small businesses—including sole proprietors and casual sellers—get noticed in customers’ Venmo feeds when they share what they’ve purchased. “What was really cool is when people could see their friends paying us, a business, and they would be like, ‘Oh, what's that?’” Michael said. Michael accepts a Venmo payment from a customer.

His Venmo business profile not only helps customers discover his small business, but also lets him track and organize transactions separately from his personal account, all with a user-friendly experience. “Once we opened our Venmo business profile, it was basically the same,” he said. “It’s actually really nice the way it organizes all of your clients.”

Today, Brooklyn Pasta Lab is ready to grow. Michael and a small team of drivers complete roughly 60 to 80 deliveries a week and have plans to continue scaling the business, including by moving into a new commercial production and retail space. It’s an exciting time, especially for a business that started as a passion project.

For other entrepreneurs seeking similar growth, Michael recommends they focus on the positive and embrace what they love to do. “Surround yourself with people that support you and just go for it,” he said. “Because if you don't do it, nobody's going to do it for you.” 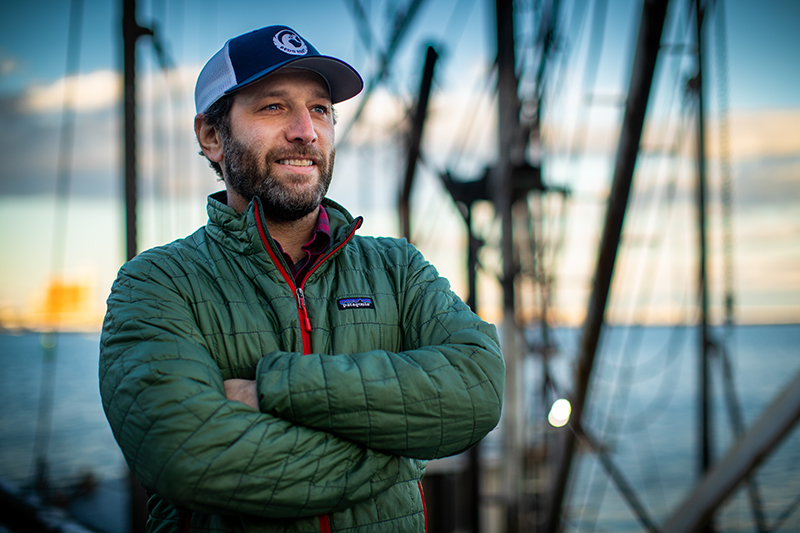